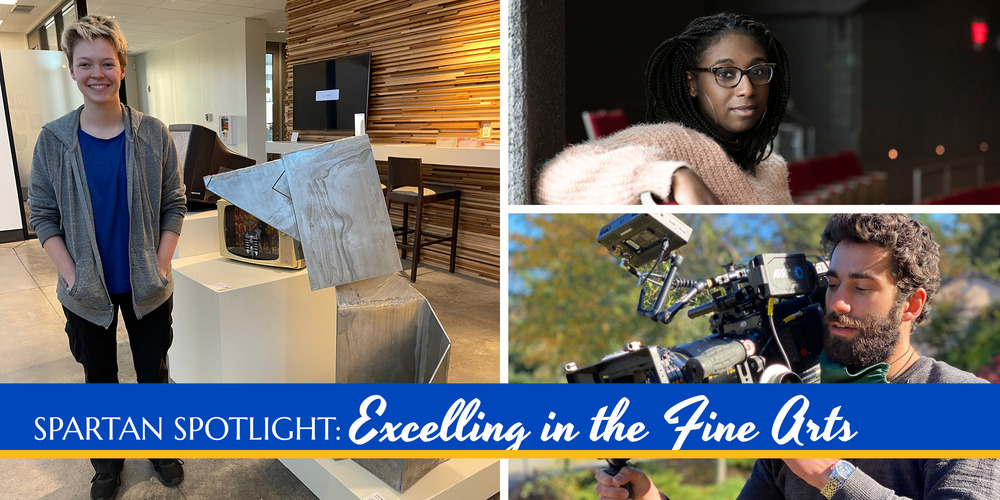 Last night we saw the dreams of one of our Wichita Collegiate graduates come true. Brandon Somerhalder, Class of 2010, won the Academy Award for Best Documentary (Short Subject) for his role as producer-cinematographer of the documentary The Queen of Basketball.  The story looks at Lucy Harris, former stand-out player at Delta State University, as the first and only woman to be drafted into the NBA in 1977. The documentary was also produced by Shaquille O'Neal and Stephen Curry. When accepting the award, director Ben Proudfoot said, “If there is anyone out there who doubts that there is an audience for female athletes and questions whether their stories are valuable or entertaining or important … let this Academy Award be the answer,” via the Associated Press. Congratulations to Brandon and the entire crew of this award-winning documentary!

This coming weekend, we will see another Spartan graduate be recognized for her theatrical work with a production here in her hometown of Wichita. The Kansas African American Museum (“TKAAM”) will present the museum’s first theatrical production, Canaan, April 1st – April 3rd at the Crown Uptown Theatre, 3207 E. Douglas Ave., Wichita, KS. 67218. The play was written by award-winning filmmaker, playwright, and screenwriter Wichita native, and Class of 2014 graduate, Micah Ariel Watson. It tells the coming-of-age story of a teenager and his community, caught between love, activism, and spirituality during one of the most tumultuous years in American history – 1968. If you would like to see this show and support Micah, tickets are available at tkaamuseum.org/canaan.

We love hearing about how our alumni are continuing to flourish in the Fine Arts world beyond our walls. But those successes aren't limited to those who have already graduated. It was announced this last weekend that Wichita Collegiate junior Vivian Baughman has won a National Scholastic Silver Medal. Of the over 260,000 pieces of artwork submitted, less than 2,000 were awarded national honors. Vivian's sculpture, “Metal Origami Dog," was created right here in our Innovation Lab. She engineered it in a way that allows the dog's head to bobble while at the same time creating a locking mechanism that will ensure the head can't be removed from the sculpture. The time and thought she put into this sculpture, that she said is a gift for her dad, is evident. Way to go, Vivian!

We have had many Fine Arts students go on to experience incredible success in their fields after graduating from Wichita Collegiate. We are grateful for the firm foundation our Fine Arts department gives them to go pursue their dreams!