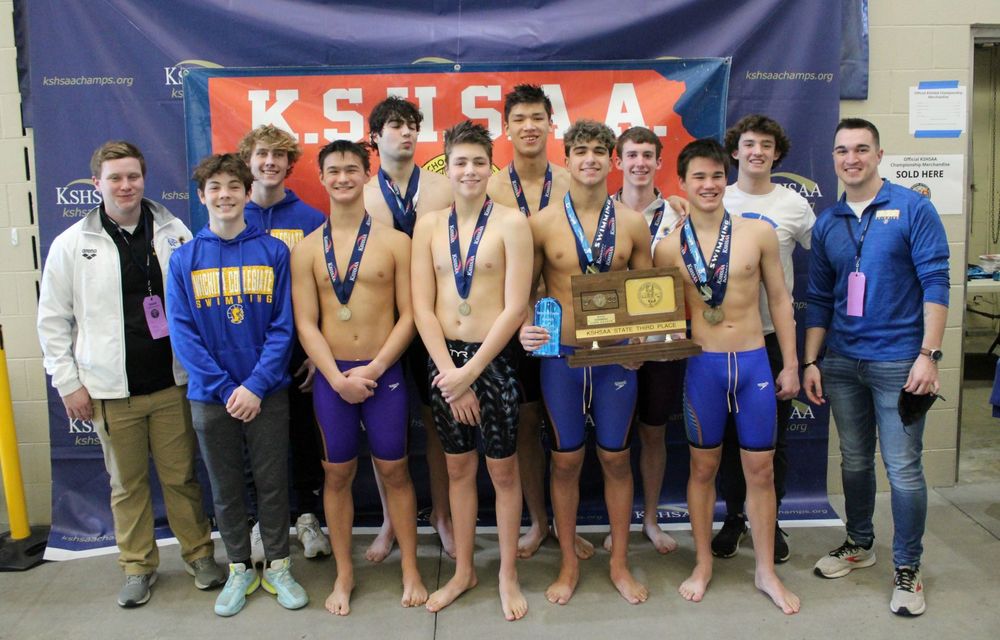 The Wichita Collegiate swim team had an incredible showing at the state meet, held this weekend in Topeka. We won multiple state titles, ending the tournament with a 3rd place team finish!

Collegiate started the meet strong, quickly earning with their first state title in the 200-yard medley relay, swam by Evan Yang, Joseph Gadalla, Adam Sandid, and Derek Yang. The boys went a time of 1:35.38, only 0.36 seconds off the state record!

Adam Sandid then took the state title and set a new state record in the 200-yard freestyle, with a time of 1:39.92. The time posted by Sandid broke the old state record by almost 1 whole second. It is in fact so impressive, that it is a consideration time for All-American! In that same event, Paul Mines and Harry Ling took 11th and 13th, respectively.

Early on in the competition Collegiate set a new state record in the 200-yard freestyle at prelims with a time of 1:26.10. That same relay, swum by Derek Yang, Paul Mines, Joseph Gadalla, and Adam Sandid, took the state title at finals, and was only 0.05 seconds away from breaking their own record.

In addition to the individual state title and 3rd place team finish, we also had multiple swimmers given more honors at the end of the meet. Joseph Gadalla was nominated 2nd team all-state and both Derek Yang and Adam Sandid were nominated 1st team all-state.  Adam Sandid was honored once more and awarded athlete of the meet! Wow, Spartans! We could not be more proud of your hard work and your impressive showing at the state meet!