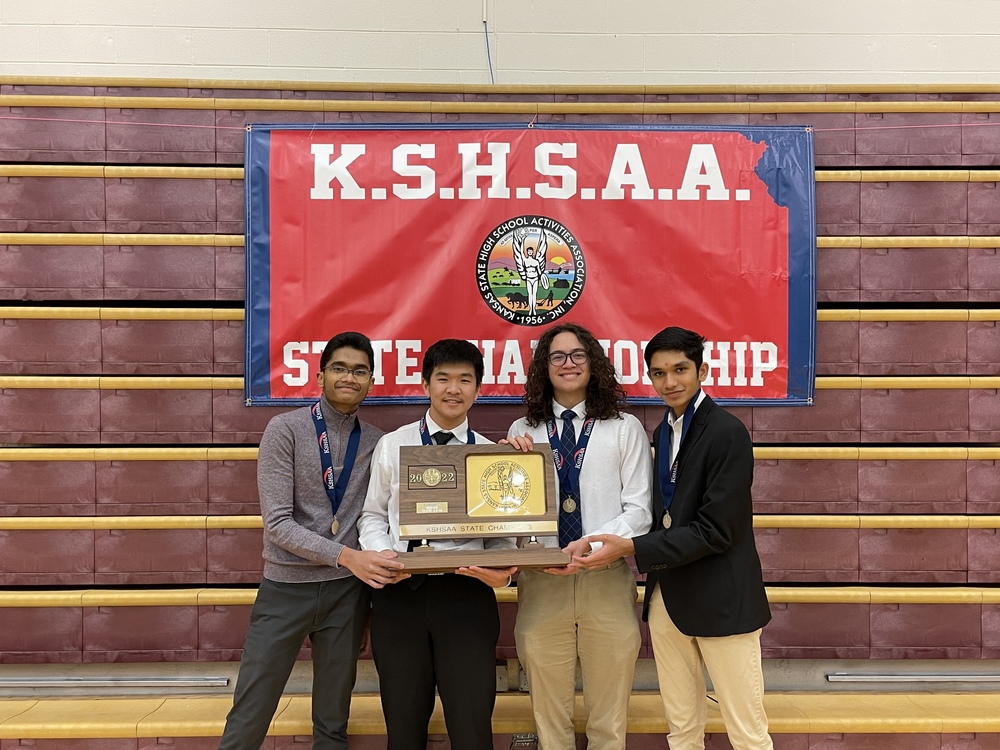 Our Debate team brought home multiple champions for the 321A State Debate tournament at Silver Lake High School.  Not only did all of our qualifying teams make it past preliminaries, but we ended up with state champions in both 4-Speaker and 2-Speaker Debate. We also had the State runners-up in 2-Speaker Debate.

Our 3-2-1A 4-Speaker state championship team was made up of Christopher Henry, Mark Feng, Sai Satvik Kolla and Ayaan Parikh. Coach Rob Egan said,"For our 4-Speaker team, it was a totally different group than the past couple of years' championship teams. Christopher Henry and Mark Feng returned to debate after a multi-year absence, and Sai Satvik Kolla is a new junior this year who had taken a year off from Debate before transferring to WCS. Our 4-Speaker team was 9-1, leading in win/loss record at the tournament, but also leading in ballot count and speaker rank. "

Coach Rob Egan said, "This season was a fun one because of the number of new students to the school as well as new 9th and 10th grade students who became part of our program. Over the course of the season, the 30 students who were part of our squad competed in over 300 rounds of debate. Particularly for the state tournament, the students overcame remarkable challenges, including facing teams in elimination rounds that beat us in preliminary rounds, and dealing of course with the surge of COVID-19 cases that required our students to compete in masks. In the elimination rounds, 7 debates took place. At least one Collegiate team was part of every debate in elimination rounds, and we faced each other in the finals of the 2-Speaker Tournament. This is an incredible group and I'm so proud of them!"

On an interesting note, the 2022 State Debate Championships in 4-Speaker and 2-Speaker mark the first time that has been done by the same school in Class 3-2-1A since Silver Lake High School did so in 1996. With only 4 seniors out of 12 qualifiers, the majority of the state qualifying group will continue to have a chance to not only return to the state competition next year, but to continue to lead the Debate squad in the years to come. The future is bright for our Debate program. Way to go, Spartans!