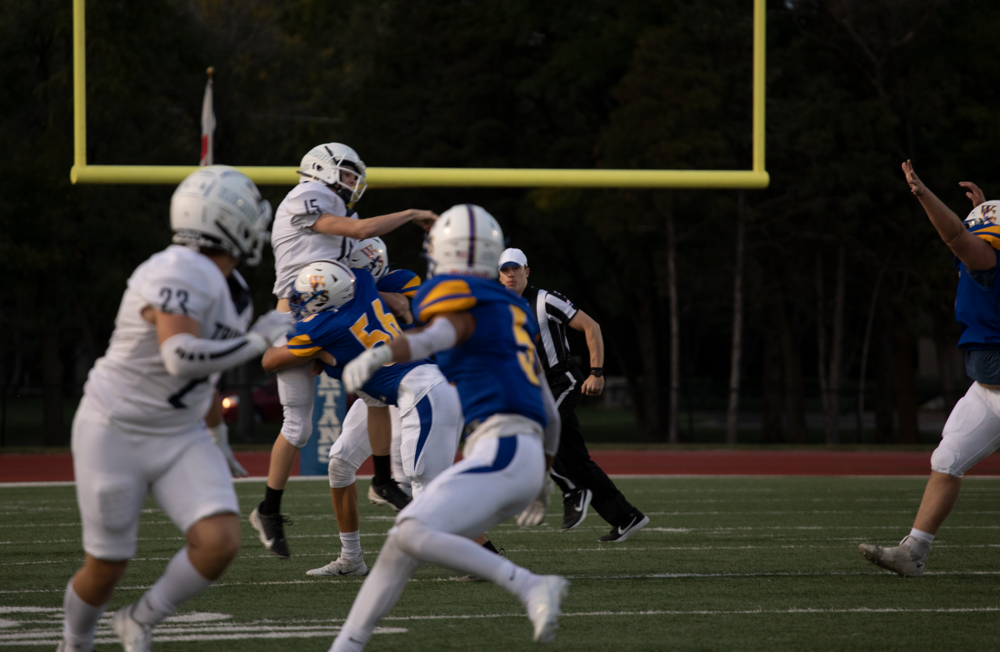 WCS Senior Nick Herrman was selected to the 48th Annual Kansas Shrine Bowl roster. Herrman, who started for WCS on the offensive and defensive line, joins Coach Troy Black on the roster for the KS Shrine Bowl for the West Squad.

Herrman was selected as Wichita Eagle’s All-State Class 3A, Sports in Kansas Top 100 Senior Football Players, and made the Wichita Eagle All-Metro Team.

The Kansas Shrine Bowl Selection Show was aired on January 2, 2021.

“Nick is one of the hardest workers I have ever had here.  His work ethic in the weight room and on the football field is second to none,” said Troy Black, Head Football Coach. “He is a great role model for the younger players when it comes to working habits on a daily basis in the weight room and football field. He never took a day off.  Heck, he never took a second off in practice.  Arguably one of the best practice players I have ever coached.”

In addition to the aforementioned honors, Herrman was an all-league offensive and defensive lineman in the Ark Valley Chisolm Trail League (Division 4).

“Nick has been a great player and role model for our football team, our weight room, and our school,” said Black. “Not only is he a great football player but he is a great kid.  He is very deserving of the honor of playing in the Shrine Bowl."

The Kansas Shrine Bowl will be played on Saturday, June 26th at Gowan Stadium in Hutchinson, KS. For more information about the Shrine Bowl visit www.kansasshrinebowl.com